Cannabis Can Affect The Menstrual Cycle!

Top 4 Ways that Cannabis can Affect the Menstrual Cycle!

Cannabis Can Affect The Menstrual Cycle! Cannabis, with its rich spectrum of phytocannabinoids such as THC and CBD, has long been used in traditional medicine relating to fertility and reproduction. Now, scientists are beginning to discover just how important the endocannabinoid system is to the biological mechanisms controlling these fundamental processes. 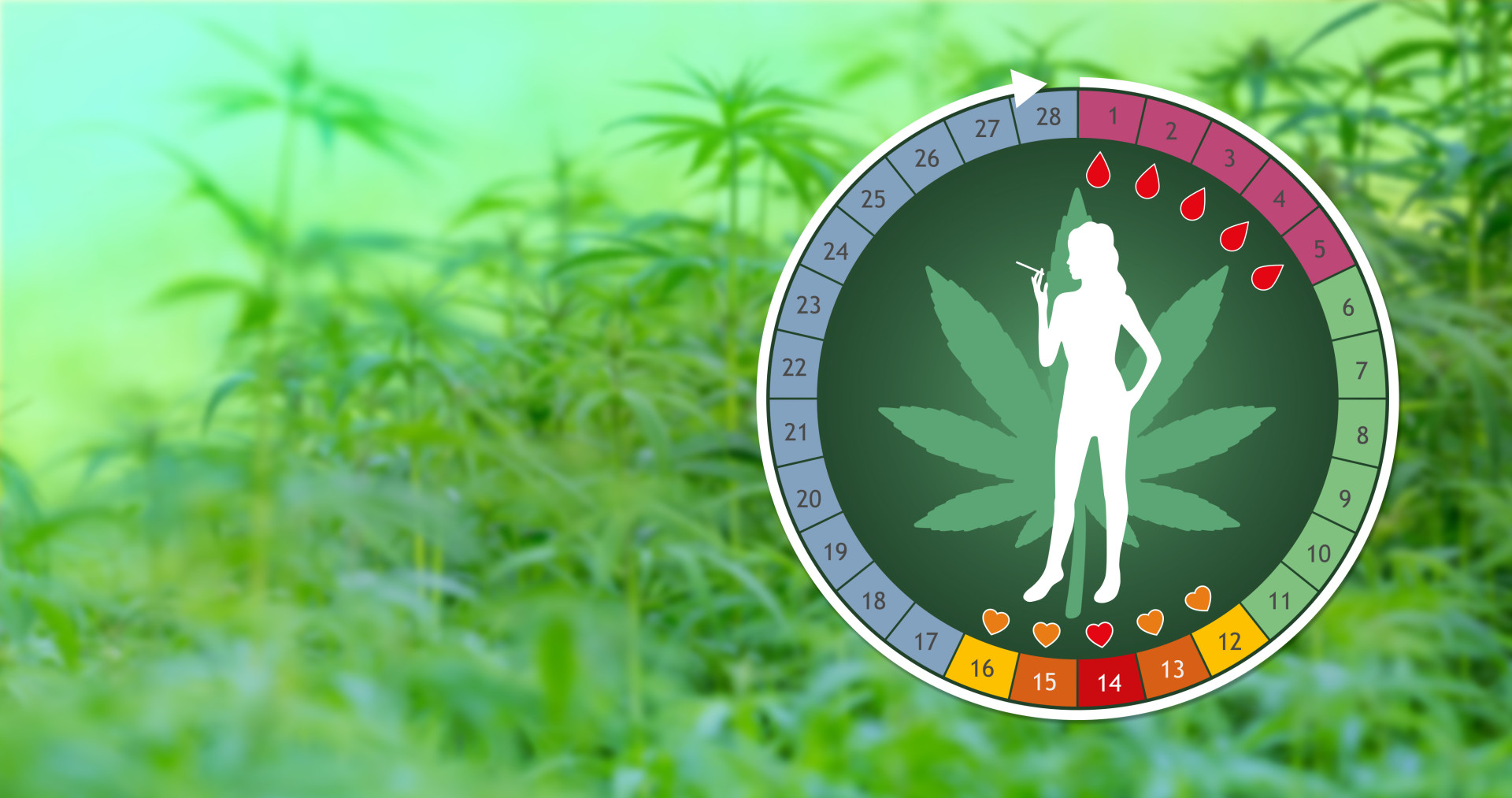 May reduce fertility during ovulation phase

There have been various studies conducted on the relationship between the endocannabinoid system and the female reproductive cycle. It has been repeatedly shown that levels of the crucial endocannabinoid anandamide vary drastically at various points of the menstrual cycle.

Anandamide levels appear to be at the highest at the point of ovulation—the moment that the egg is released from the ovary. As anandamide is an agonist of the cannabinoid receptors, one might expect that high levels of THC (which is also an agonist) would not necessarily be detrimental to ovulation.

However, a handful of studies from the 1970s and ‘80s suggest that THC has a strong ability to block ovulation in many mammals, including primates (although there do not appear to be any studies specifically on human females). It appears that THC does so by suppressing the production of a hormone critical to the ovulation process, known as luteinizing hormone.

As with most aspects of cannabinoid science, more research is required to establish exactly what the link between cannabis use and ovulation is. Interestingly, however, it does appear that tolerance to the ovulation-blocking effect of THC may build up in habitual users.

Cannabis has been used in traditional herbal medicine in cultures throughout the world as a remedy for painful menstrual cramps. Famously, the British Queen Victoria was also said to have used cannabis to soothe her painful cramps—and given that her personal physician was the renowned cannabis doctor William B. O’Shaughnessy, that story most likely is true (and given that she knighted him some years later, she must’ve really appreciated it)!

Today, women throughout the world continue to use cannabis to soothe their painful cramps, and experience great subjective relief—yet there have been no formal studies to back up its efficacy, and the underlying biological processes at work have not been defined.

However, it is well-known that THC can act as a powerful analgesic and antinociceptive agent (analgesic is a general term for painkiller; antinociceptives specifically stop the nerves from sensing pain signals at all). As well as this, both THC and CBD have the ability to reduce inflammation, which may contribute to the subjective reduction in discomfort.

For those searching for pain relief without the psychoactive effects of THC, CBD Oil can be an adequate solution.

During the premenstrual phase (which is also known as the luteal phase), hormonal fluctuations can cause a wide range of symptoms including pain, irritability, mood swings, fatigue, and bloating. It is well known that levels of certain hormones, including progesterone, significantly increase during this phase (while other hormones including estrogen become depleted).

Clearly, premenstrual symptoms severe enough to be classed as PMS are a result of hormonal fluctuations and imbalances. Furthermore, there is evidence to suggest that cannabis use suppresses the level of progesterone during the luteal phase, as well as altering levels of other important hormones known as prolactin and cortisol. As well as this, the inhibiting effect of THC on luteinizing hormone that begins at the time of ovulation is also observed to occur during the luteal phase (which is the window between ovulation itself and commencement of the menstrual period).

Again, while the precise mechanisms at work have not yet been fully described, it is clear that the endocannabinoid system has a role to play, and that women who experience abnormal symptoms at this time may benefit from targeted cannabinoid therapies.

Indeed, there are countless women throughout the world who experience subjective relief from cannabis during the premenstrual phase, although this may result from the known anti-anxiety and relaxant effects of cannabis more than from direct influence on hormonal levels.

May decrease length of menstrual cycle

Again, the evidence for THC causing a shortened menstrual cycle in human females is sparse. A 1986 study on the effect of THC on luteinizing hormone also observed overall duration of the menstrual cycles to be reduced in women given cannabis compared to those given placebo.

Thus, more research is required before it can be said with any degree of certainty how and if the duration of the menstrual cycle is affected in human females. As with the ovulation-blocking effect of THC, it may be that tolerance builds up rapidly to any possible effect.

Interestingly, older studies on nonhuman primates indicate that THC may alter cycle length, but not necessarily shorten it: on a 1980 study on rhesus monkeys, the sample treated with THC overwhelmingly exhibited significant increases in cycle duration. One monkey had a cycle length of 145 days, compared to the usual 30!