Cannabis For Disk and Sciatica Back Pain

Cannabis For Disk and Sciatica Back Pain

Cannabis For Disk and Sciatica Back Pain, in many cases, can be severely painful that it affects the ability of patients to live comfortably. Back pain is an umbrella term referring to pain that comes from structures in the back and spine including the nerves, bones, muscles, and joints.

There are many forms of back pain, although it’s described depending on the affected area. Examples include upper back pain, lower back pain, or middle back pain. In some cases, back pain can spread to other areas, so it would be referred to as “upper back pain with sciatica”.

Around 65 million Americans suffer from one form of back pain or another, and it’s most common among adults aged 30 to 50. In fact, it’s the second most common reason adults have to visit a doctor. It’s common for American adults to experience severe back pain at different points of their lives, while for others; it’s a chronic affliction. In 5% of cases, the pain is so severe that it prevents the patient from performing even simple daily tasks. 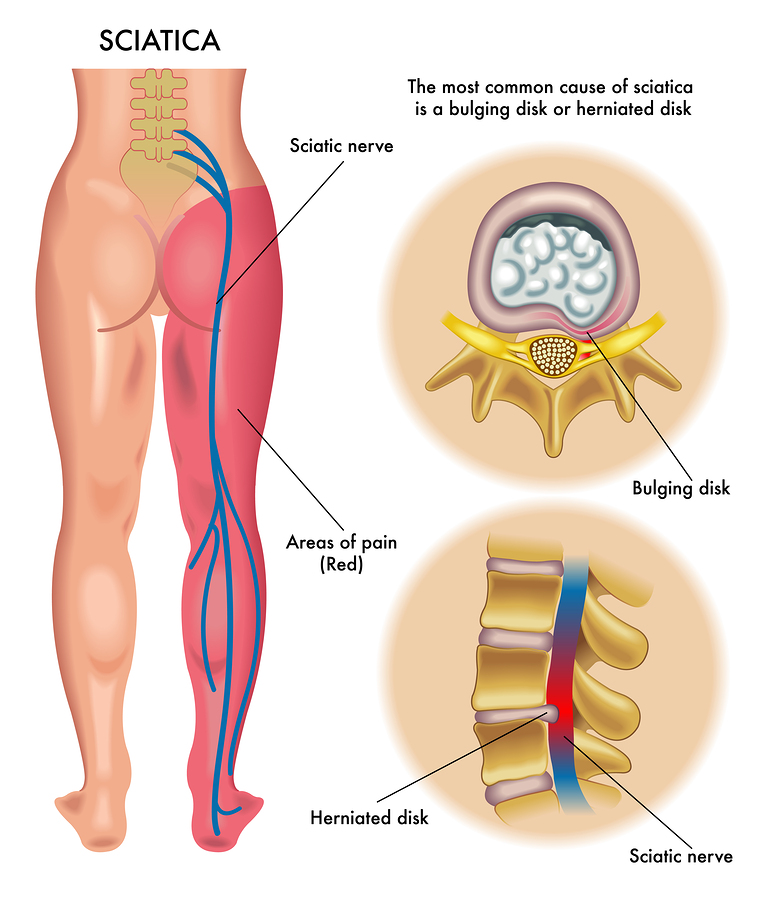 Back pain can either be neuropathic (caused by nerve damage), or nociceptive (damaged tissues located outside the nerves). It’s not uncommon for some patients to experience both kinds of back pain at the same time, which is referred to as mixed pain. There are several factors that can cause back pain: herniated disc, bulging disc, spinal stenosis, sciatica, arthritis, scoliosis, strained muscles and ligaments, or other skeletal irregularities. If you smoke, are obese, female, or are exposed to sedentary or strenuous work, you are at higher risk for developing back pain.

When it’s not serious, back pain usually disappears on its own and with self-care. In severe cases, doctors prescribe pain-killers and over the counter treatment medications which are usually opioids. These medications are known to have serious side effects such as drowsiness, memory and balance problems, addiction, headaches, gastrointestinal problems, and more. If a patient overdoses on painkillers, the results can be fatal. 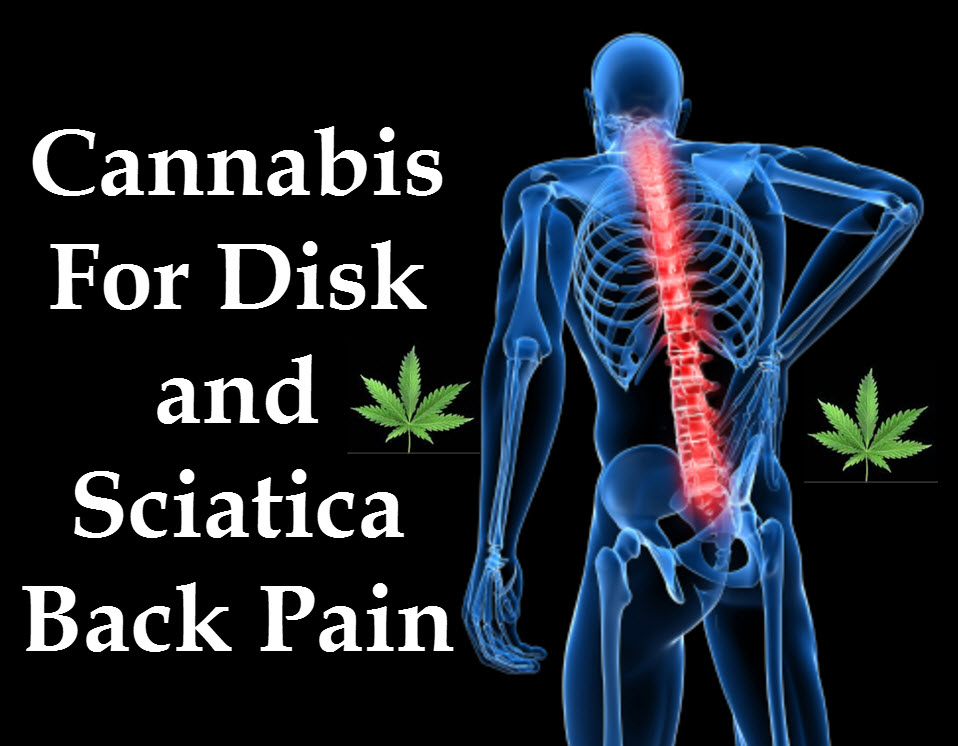 How Can Cannabis Help?

Many medical patients rely on cannabis to treat back pain as well as other related symptoms. In several cases, cannabis works more effectively at treating back pain compared to conventional medications and has no side effects.  Both of the key cannabinoids in the plant, THC and CBD, are well-documented and are proven for their powerful analgesic properties. Most back pain problems are caused by inflammation, which results from a breakdown in the intervertebral discs, which are made of jelly-like material that protects the bones in your spine by acting like a cushion.

Back in 1999, a report issued by the Institute of Medicine (IOM) discussed that medical cannabis contained cannabinoids that are useful in treating acute pain and neuropathic pain, particularly those that are caused by post operative pain and spinal cord injury as well as multiple sclerosis, and cancer pain. According to the report, cannabinoid receptors found in the nervous system can detect as well as manage pain perception. This means that cannabis is effective for its analgesic properties. The IOM also revealed that the cannabinoids are beneficial in providing both mild to moderate pain relief which is similar to the analgesic properties of codeine without its side effects. The report cited one study where 10mg of THC produced the same analgesic effects as 60mg of codeine.

A 2006 study conducted at the Creighton University Medical Center in Omaha analyzed the use of cannabinoids as a potential analgesic to treat chronic pain. The researchers concluded that cannabinoids show promise as an alternative approach to pain management due to its mechanism and unique therapeutic properties. Since chronic pain usually requires a polypharmaceutical approach for pain management, the cannabinoids in cannabis are seen as a useful addition or complement to other treatment options.

In a 2014 study, researchers punctured intervertebral discs in rats to imitate the symptoms of degenerative disc disease. Using a needle, the researchers were able to break down components in the discs. The rats were divided into 3 groups, each injected with varying amounts of cannabis. The first group was given 30nmol, the second 60nmol, and the third, 120nmol. The rats’ spines were later on analyzed using an MRI, and the results showed that the animal subjects that were administered with 120nmol of cannabis showed a significant decrease in the breakdown of their intervertebral discs. The researchers concluded that this occurred due to the powerful anti-inflammatory properties of cannabis.